CHECK IT OUT: Venomous2000 (Interview) 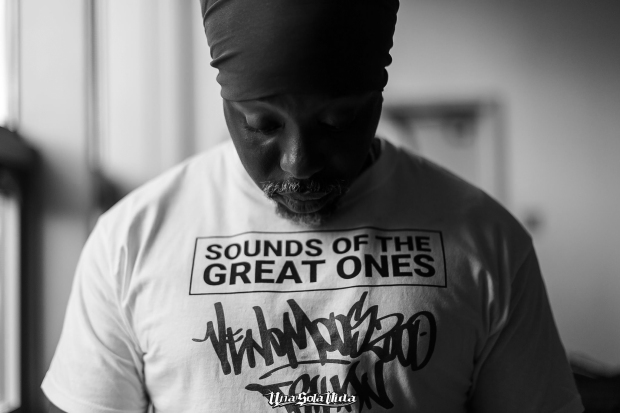 Introduce yourself. Who are you, where are you from and what do you do in life.

Peace, my name is Venomous2000 TheUltraEmcee. I’m from Passaic, New Jersey in the United States of America. I am a full-time teacher, passionate Emcee, business owner of V2Gphotography, part-time videographer, full-time Father, and all around decent human being learning humility daily.

What led you towards doing what you do now?

I had been writing and recording music for quite some time, since the late 90’s. I was part of local rap groups, but never had put my music out there like that. I sort of stepped away from doing music for a few, while I was finishing up college. Along the way, I met some individuals that introduced me to some emcees, who were doing some next level things. I built this ambition to one day travel the world and bring my music overseas.

That opportunity took a very long time to come, but in 2012 I received that blessing. The experience Really put me in a state of seeing my worth, potential, and passion. From 2012 until the present I’ve completed about 6 European Tours and I’m in the process putting together my 7th European tour; all done so independently.

How did you discover your passion?

I was listening to artists like Big Daddy Kane, Rakim, KRS-ONE, Wu, Nas and just wanted to emulate them. Began copying lyrics and reciting verses in the mirror. Once I realized that I had the tenacity to do the same, I attempted my own verses/songs. I realized that I really, really enjoyed the thrill of creating. I haven’t stopped since 1994.

Man, there are so many. One funny experience I had recently was during a show in Paris. Myself and DJ ENDK were closing up a show along with Napoleon Da Legend. We had a successful show and were celebrating at the bar. During that time a few people from the streets walked in and asked, what was taking place. I invited them in and gave them some free promo material and went back to the bar. A few minutes later, I noticed that the 3 people had left the venue and didn’t say anything.

When I went to check on my merchandise, I realized that they have stolen some of the items. I ran outside and saw them up the street. I mentioned to Napoleon what took place, and we ran after them. My friend Architeknic gave chase. We ended up catching one of the guys and checked his bag. He had one of my CDs, some business cards, my t-shirt, a knife and some U.S. passports. I ended up choking the guy, because I felt disrespected though felt awful afterwards. We let him go after I threw his knife into the sewer gutter. He left with no shirt, because we took back the shirt he had stolen (off of his back)! It was the last day of the tour and a very wild way to end the BackForMoreTour. lol

What is your message?

Continue to develop Iwa-Pele. Which is a Yoruba term for Cool-Head. Keeping a cool head in life means humility, peacefulness, calmness, and pure thoughts in the middle of a very chaotic world. It’s a challenge I fail at DAILY yet appreciate having another day to learn from it.

What keeps you going and what are your future goals?

My children, family, and legacy.

I hope to own a few homes, a few businesses, leave my mark on the Hip-Hop community, write a book or 2, travel throughout Africa, and help individuals become better. Help humans on how to be human again.

In your opinion, what is the key to success?